Formulated for those who are “stressed and tired.” Dr. Joe’s Optimal Adrenal Support includes a blend of key micronutrients and adaptogenic botanicals formulated to strengthen the body’s stress response and support healthy energy levels.

Refer to a Friend

Login or Create an Account to get
a referral link. 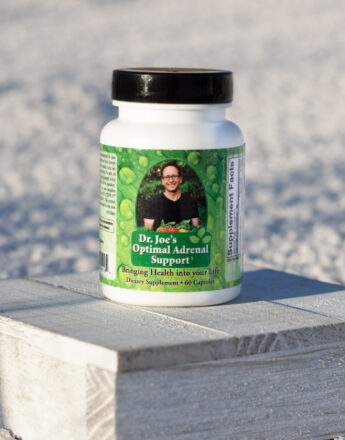 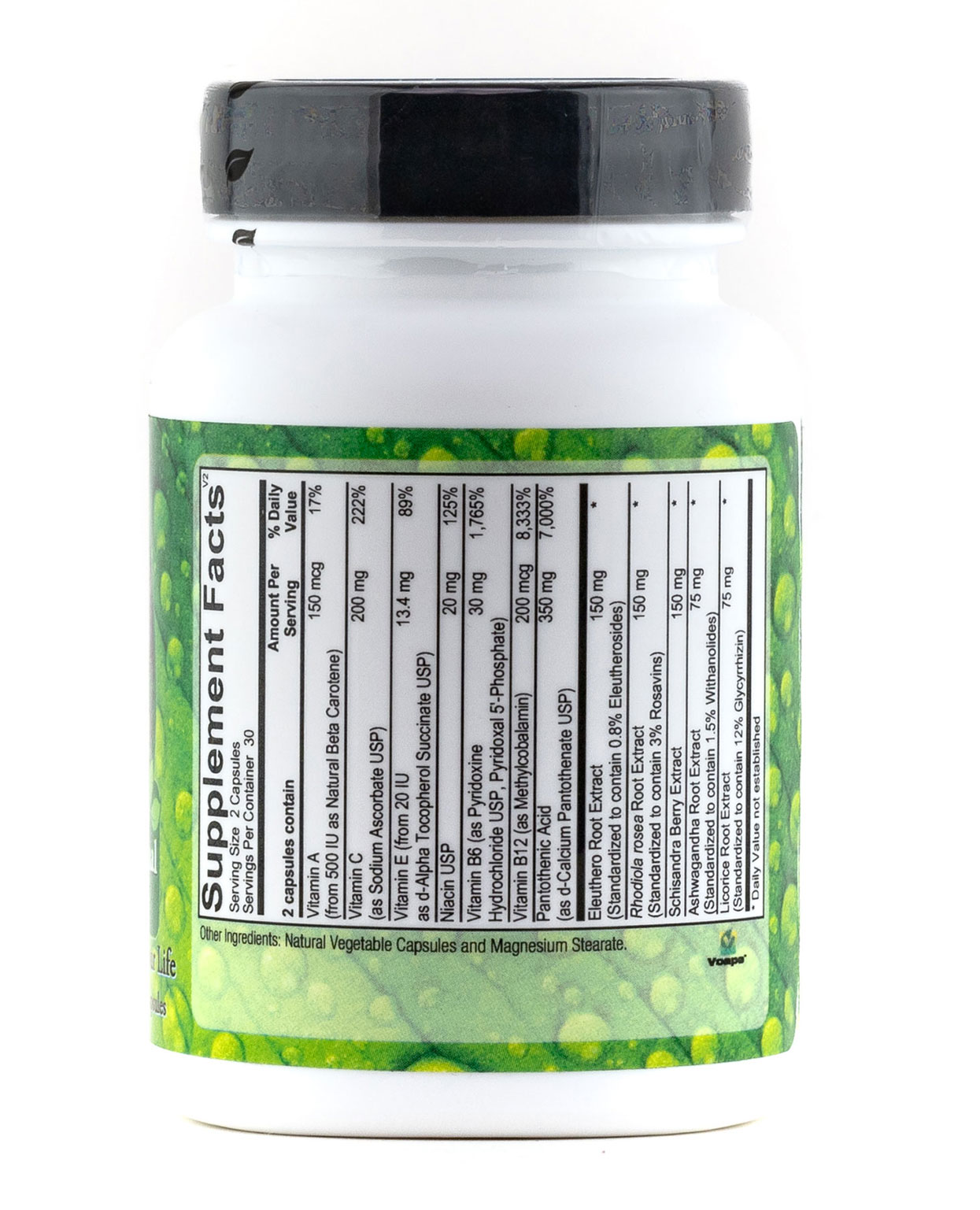 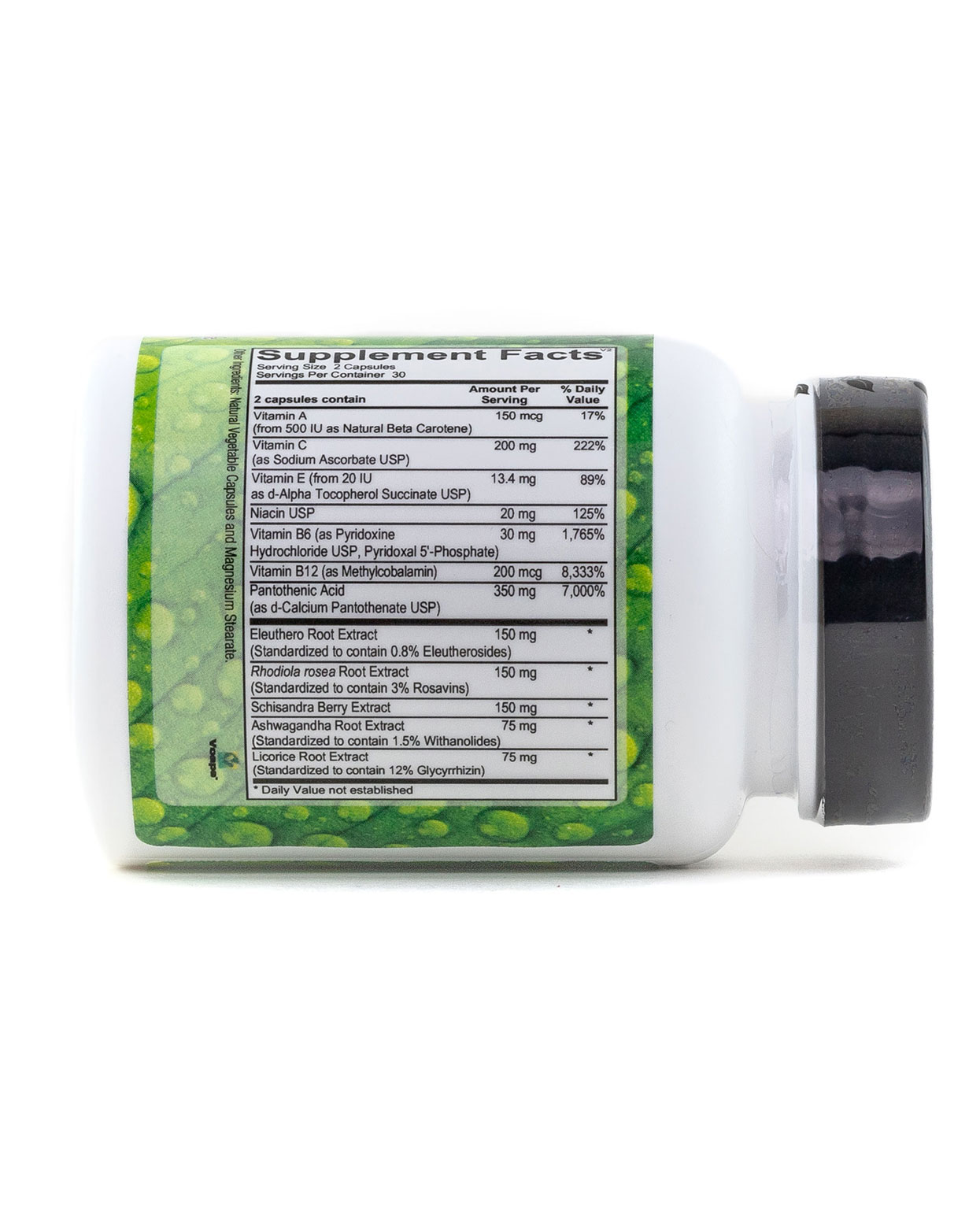 60 capsules per bottle. Extended periods of stress not only burden the stress response system but can also result in mental and physical fatigue, nervousness, irritability, and poor memory. Rhodiola Rosea root extract is categorized as an adaptogenic botanical due to its ability to increase resistance to a variety of stressors. Within the central nervous system, Rhodiola has been shown to preserve levels of neurotransmitters such as serotonin, dopamine, and norepinephrine. Eleuthero root extract is a strong adaptogenic botanical widely used in China to support general health, memory, and endurance. In addition to improving stress resilience and fighting fatigue, Eleuthero has exhibited immune supporting effects. Schisandra berry extract is a botanical used for centuries in China and Russia to help support mental clarity, stress response, and emotional health. Licorice root extract promotes healthy cortisol levels by inhibiting an enzyme that converts cortisol to its inactive form, cortisone. This is important for individuals who need support for maintaining inflammatory balance. Ashwagandha root extract is a botanical that helps calm the nervous system and supports sleep cycle regulation and healthy thyroid function.
HIGHLIGHTS
SUGGESTED USE
2 capsules 1-2 times a day or as recommended by your healthcare professional

The Cortisol Test measures adrenal performance or stress with online results in 5 days.

Cortisol stimulates the release of epinephrine and norepinephrine causing the “fight or flight” physical response in humans. The cortisol test checks your cortisol production levels indicating if the levels in your blood are too high or too low. If your cortisol levels are too high, you may develop Cushing syndrome (too much cortisol) or Addison’s disease (too little cortisol.)

DISCLAIMER: drjoe.com receives a commission on products purchased at LetsGetChecked when using the affiliate links. You can also receive a 30% discount if you use the promo code “drjoe” at checkout.

Rhodiola rosea has been categorized as an adaptogenic botanical due to its ability to increase resistance to a variety of stressors. Rhodiola has been studied extensively andis widely used in Eastern Europe and Asia to help support the nervous system, mood regulation, mental clarity, work performance and the sleep cycle. Within the central nervous system, Rhodiola has demonstrated an ability to preserve levels of neurotransmitters such as serotonin, dopamine and norepinephrine. In a randomized, double-blind, placebo-controlled study examining the effects of Rhodiola on fatigue and stress, 161 patients aged 19 to 21 years received Rhodiola twice daily resulting in a significant reduction in fatigue. An additional study using Rhodiola extract in students showed significant improvements in mental performance, greater mood stability, and improved sleep patterns.

Eleutherococcus senticosus has been identified as a strong adaptogenic botanical and is widely used in China to support general health, memory and endurance.  In addition to its ability to improve stress resilience and fight fatigue, Eleuthero has exhibited immune supporting effects. In a double–blind study, 45 healthy volunteers received Eleuthero or placebo for 30 days. A cognitive challenge test was given to assess stress response, along with heart rate. Unlike placebo, subjects receiving Eleuthero demonstrated a 40% reduction in heart rate in response to the stressor.  Eleuthero has also been shown to improve performance in runners. In a study on performance athletes, Eleuthero extract (2 or 4 mL) given 30 minutes prior to a race significantly reduced race time (48.7 minutes) compared to the control group (52.6 minutes).

Schizandra is an adaptogenic botanical that has been used for centuries in China and Russia to help support mental clarity, stress response and emotional wellness. In a double-blind, placebo-controlled study, athletes who were given an adaptogenic blend including Schizandra chinensis extract or placebo, had increased concentrations of nitric oxide, a molecule which causes the blood vessels to expand resulting in increased circulation, increased blood flow and nutrients throughout the body and healthy blood pressure.  The researchers concluded that Schizandra enhances physical performance in athletes. Schizandra berry has been shown to support learning and memory and may have a protective effect on brain health.

The primary components in licorice root that support adrenal health include glycyrrhetic acid and glycyrrhizin. Licorice has also been shown to block 11-ß-hydroxysteroid dehydrogenase, the enzyme responsible for the conversion of cortisol to the inactive cortisone.  When taken in small doses, licorice root extract can be used to maintain cortisol levels, an important factor for individuals that need to support adrenal hormone production and maintain healthy inflammatory pathways.

The use of glandular concentrates to supply key nutrients to support the body has been used in medicine for thousands of years. The concept behind glandular therapy is based on the idea that similar organ extracts from animals will support the same organ within humans by stimulating its activity.

Adrenal bovine concentrate allows for rejuvenation of the adrenal stress system in a balanced and efficient manner.

Adrenal gland function, as well as the synthesis of cortisol, is dependent on an adequate supply of various vitamins. Vitamin C levels are among the highest in the adrenal glands compared with other organs. Vitamin C plays a major role in neurotransmitter production and supports general health of the adrenals.  Under stressful conditions, vitamin C and B complex vitamins are readily used and excreted from the body. Within the B vitamin family, pantothenic acid breaks down into coenzyme A, which is essential for the production of energy from ingested carbohydrates, fats and proteins. In a study evaluating the effects of pantothenic acid and glutathione production, pantothenic acid was found to increase CoA levels in the body, leading to increased energy production.  Niacin also plays a vital role in many metabolic functions in the body, including supplying energy to cells and assisting in the production of adrenal hormones.

Signs and Symptoms of Deficiencies

The symptoms of adrenal fatigue may include: 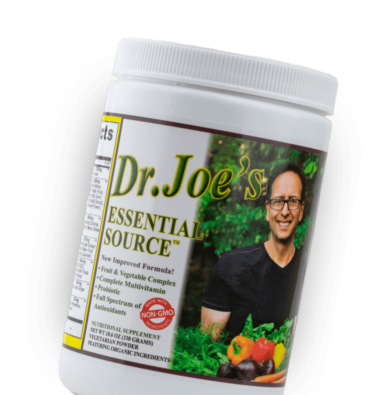